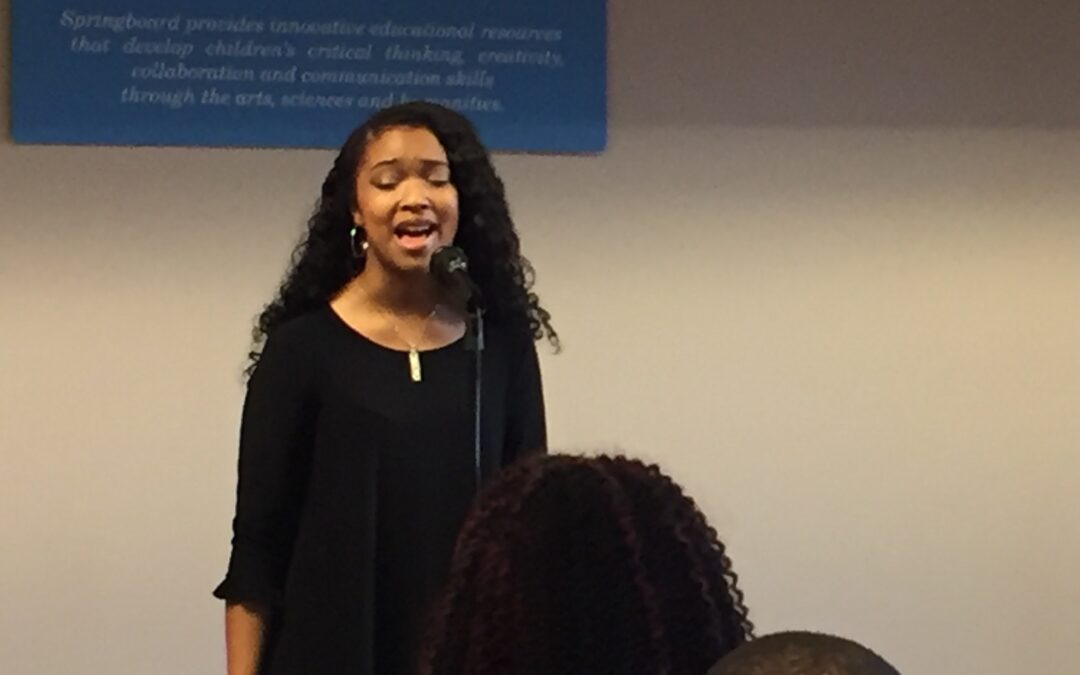 For the fifth consecutive year, Springboard to Learning will be the home of the St. Louis City Regional Poetry Out Loud competition on February 14th.
Champions from six local high schools will compete for the opportunity to reach the state competition. Metro High School, St. Louis University High School, Crossroads College Prep, and Central Visual and Performing Arts High School are among the returning schools to this year’s competition, joined by newcomers from Cardinal Ritter College Prep and McKinley High School.

The contestants will perform a trio of poems, and will be evaluated by a panel of four judges. The champion of the regional competition will face off against the winners of eight other regions in Jefferson City on March 14th.