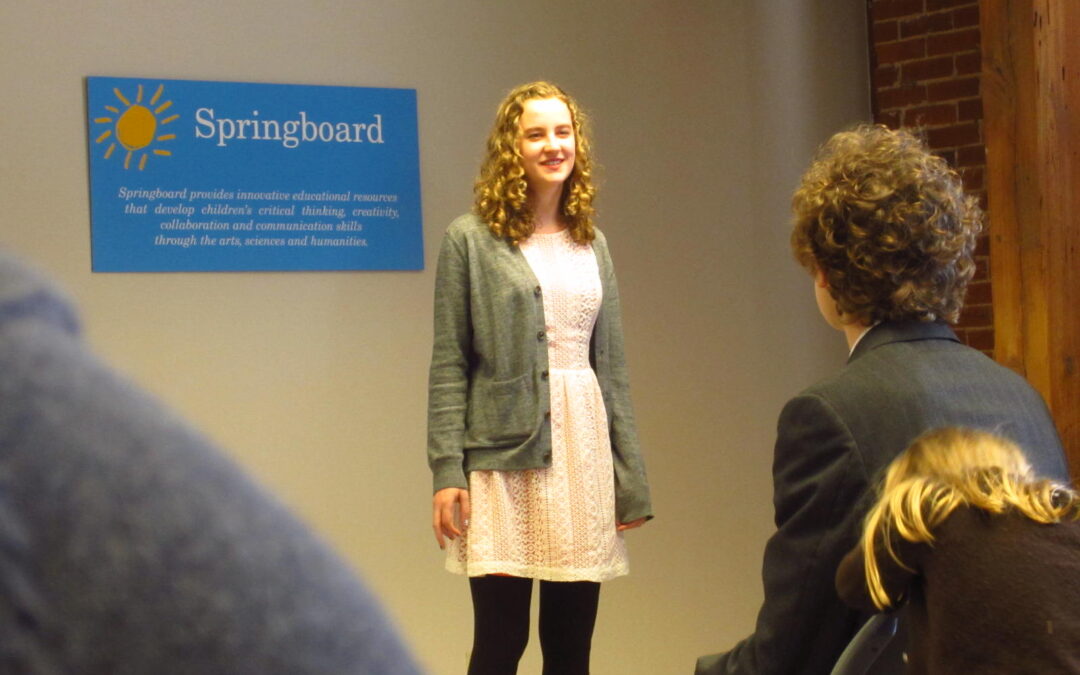 On Monday, February 2, 2015, Springboard hosted the St. Louis Regional Competition of Poetry Out Loud. Now in its tenth year, Poetry Out Loud is a national poetry recitation competition open to high school students in all fifty states. More than 70 guests were on hand enjoying the local event.

Five St. Louis students advanced to the St. Louis Regional Competition after winning competitions at their schools. The contestants were:

Each student performed articulately and passionately, and the competition was fierce. With just a razor-thin margin, Kaitlyn Davis of McKinley High School emerged as the winner! Ms. Davis moves on to the State competition in Jefferson City on March 12, and potentially to the national championship in Washington, D.C. April 27-29. Congratulations to all participants and good luck in Jeff City, Kaitlyn!!