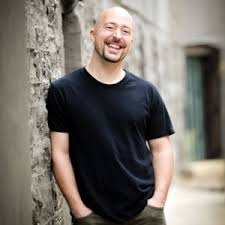 Jeff Koziatek is on the move.

He’s always on the move.

“Juggling Jeff,” as he’s affectionately known, had just completed an hour-long show at Southeast Middle School in Hazelwood, and was on his way to another, as he hurriedly packed a myriad of supplies into his 10-year-old Ford Fusion. The beads of sweat were still visible on his forehead after wriggling out of a strait jacket while balancing on an exercise ball as part of his ‘Effort Show.’ Such is a typical day for Koziatek, who has performed more than 4,000 shows in his 21 years of work.

Everywhere he goes, he leaves an audience captivated not only with his acrobatic and humorous antics, but with a message that can enact a positive change.

“The goal of any show I do is to create a space where my audience feels comfortable to be themselves, and to have a genuine laugh next to a total stranger.” Koziatek said. It’s about building people up.”

Koziatek, who has been a Springboard to Learning teaching partner since 2014, incorporates juggling, magic tricks, and circus routines at schools and community venues throughout the region. However, it’s the character education element of his programs of which Koziatek is most passionate.

“For the longest time, I used to say I had the best jobs, because I would do shows, and you get to see people take off mask after mask, until I get to see the person they really are,” Koziatek said. “We get to do that for 30 to 40 minutes and laugh and enjoy our time. Five or six years ago, I would see people who would layer back up at the end of the show to take on the world. I started thinking, ‘I wonder if there’s something I can do. I got certified to do life coaching to not just give people tools, but to walk alongside them and make sustainable change. That’s where I am today.”

His work has brought him to perform for vastly different audiences, ranging from a gymnasium full of elementary school students to speeches about organizational leadership with a chamber of commerce. Whoever his audience is for the day, the objective always remains the same.

“Entertainment strips off the labels that divide us,” Koziatek said. “The audience looks at me and sees a juggler, but once you add laughter into the mix, we’re friends, at least for 30 minutes. Once you’re there, it’s just about treating people with respect. Everyone wants to be valued. Everyone wants to feel like they matter. If I can shine the spotlight on a volunteer, if I can set up an audience member for a punch line, that’s priceless. That’s heart stuff. Somebody once said Johnny Carson was a success because he made his guests look great, and I’ve tried to carry that into my shows.”