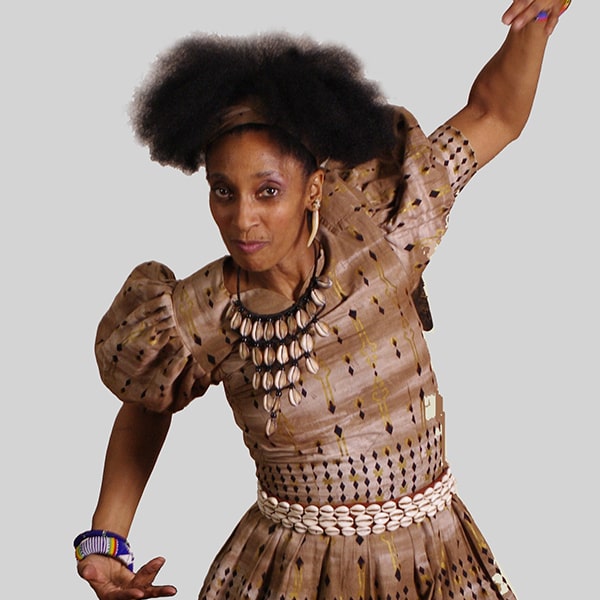 Rhythms in Anoa Dance Theatre is a St. Louis-based performing arts trio, led by Founding Artistic Director, Deborah Ahmed. Started in 1983, it is an ensemble dedicated to the highest artistic quality in its expression of various performing art forms. Deborah has done storytelling performances, conducted workshops and residencies in African American and African children’s games throughout Missouri, and has led numerous dance workshops and performed in a variety of settings throughout the Midwest. She has served on the faculty of Washington University in St. Louis as an instructor of West African dance and, in the 90’s, Deborah was personally selected by Ms. Katherine Dunham as the sole apprentice for the Dunham Centers, to be trained as an instructor of Dunham Technique, a very prestigious honor. In the 80’s, she conceived of and annually coordinates “BLACK DANCE – USA: A Celebration in Movement,” an annual multi-day national dance festival that celebrates dance and music forms of Africa and the African Diaspora. She focuses her 55-year dance background in dance in African-centered aesthetics, specializing in the cultures, dance and music of that area of West Afrika formerly known as the Empire of Mali. Rhythms in Anoa Dance Theatre offers classes and workshops for children and adults in the St. Louis area that focus on teaching creative movement and self expression through the arts.