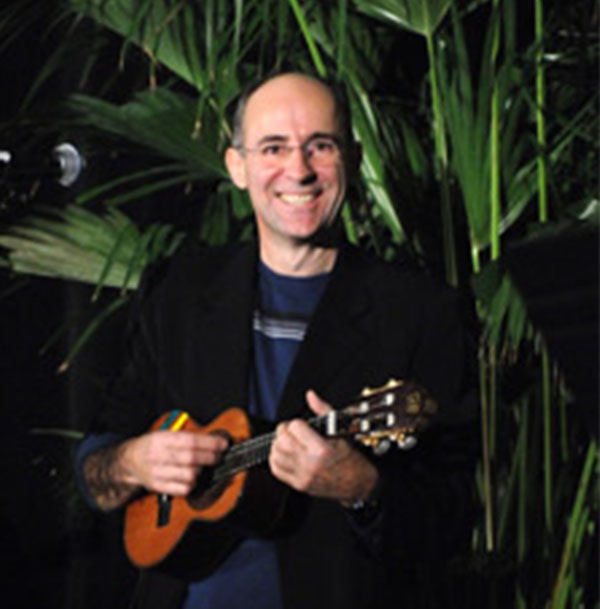 Moacyr Marchini, a native of Brazil, learned traditional samba music when he was growing up in Sao Paulo. Batucadas (percussion ensembles) and pagodes (a style of vocal music with a samba rhythm) could be heard on the streets corners, in open bars, on the beaches, in parks, and on soccer fields throughout the year. By the age of 10 he began playing in public places, and by 12, he performed his first recital. During his teenage years, he played with Rosas de Ouro Samba School. After moving to the United States in l985, Moacyr continued to be very involved  with samba music, playing with several Chicago-area Brazilian bands; founding the Chicago Samba; and performing workshops and residencies in cities  across the United States such as Minneapolis, Dallas, Seattle, Kansas City, and in St. Louis where he moved in 1993, at the same year started the Brazilian  music group called Samba Bom. Also in St. Louis, Moacyr teaches and perform the Sounds of Brazil program at schools for a not-for-profit organization named  Spring-Board & Young Audiences.  Moacyr leads percussion workshops in Europe, in London-England, Graz-Austria, including “Alegria da Vida”, an international event in Austria.  He returns often to Brazil, where he studies with samba schools, visit pagodes performs, and collects Brazilian music recordings and instruments.  Most recently, Moacyr performed during Carnaval with Samba Schools in Rio de  Janeiro, Sao Paulo, and Bahia.