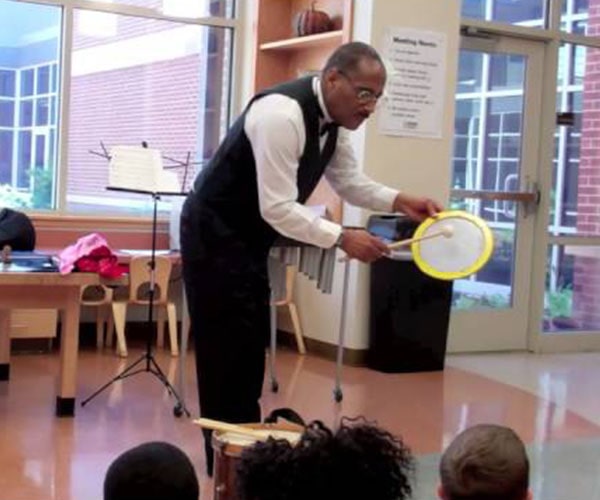 Glen “Papa” Wright is a percussionist who has been teaching and performing for over 45 years. For 23 years he taught percussion at St. Louis Conservatory and Schools for the Arts (CASA) in St. Louis, MO. He taught St. Louis Community College’s Applied Music students for 3 years. “Papa” has been a teaching artist with Springboard for more than 25 years.

The January 2018 issue of St. Louis Magazine features an article entitled, “The Many Facets of Jackie and “Papa” Wright.” It is an interview, not only discussing “Papa’s” music, but also how he and his wife perform as a duo working in disciplines as diverse as storytelling and puppetry. In 2012, “Papa” received the Luminary Award from Springboard for his percussion workshops and residencies with young children in St. Louis City and County Schools. “Papa” enhances stories with percussion with his storyteller wife and they received the St. Louis Magazine 2007 A-List Award for Best Story Time. “Papa” received the Progressive Youth Connection’s 2006 World of Children Award for his work with children through Young Audiences of St. Louis. He received the 2005 Pillar Award given by the Intercommunity Housing Association for dedication to serving the poor of St. Louis.