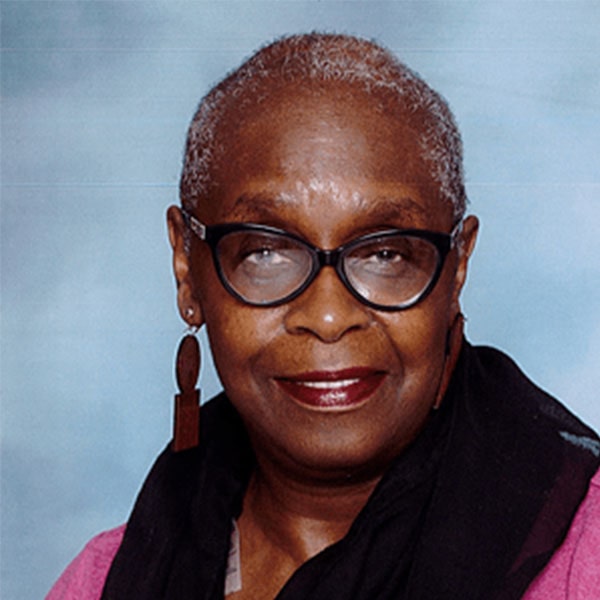 Fannie Belle Lebby is a Woodie Award nominee who had written, directed, and stared in many theatre productions.  Including her one woman show, Ladies of the Blues, including portrayals of blues artist/jazz singer Alberta Hunter and comedienne Moms Mabley. Fannie has merged her active performing career with activist work such as Jobs for Justice.  She currently teaches music and drama at the Julia Goldstein Early Childhood Education Center.  Fannie is the co-founder and artistic director of A Call to Conscience and has her MFA degree in Theatre/Cinema from Texas Southern University in Houston, Texas.  She is committed to the philosophy that the arts are essential in the effort to bring about social change. She is the creator of an organization called “A Call to Conscience’” with its primary focus to facilitate transformative social change via theatre and exhibit great leaders and speakers of the past and present eras. Using speeches, essays, and non-fiction script adaptations, they dramatize historic events on stage using a mixed media format. Their mission is to raise the conscience of our community and to facilitate social change.